Check out our events!

How To Take Your Career Mindset To The Next Level

How To Take Your Career Mindset To The Next Level was originally published on Ivy Exec.

How to create the winning mindset for success?

New research teaches us how to become better managers of our own minds.

Most career veterans with a track record of success will tell you that success is impossible to achieve without the right mindset.

You must know how to roll with the punches, how to see the forest for the trees, and how to stay stable in an ever-changing business environment.

The first and most important lesson on mindsets is to realize that winning mindsets are created gradually through experience, self-reflection, and a willingness to improve.

They are not the result of some innate quality or a lucky roll of the genetic dice.

Beyond that, new research in psychological science continues to teach us how to improve our mindsets.

Here are two recent scientific findings that can help steer you toward an optimal frame of mind.

#1: Approach your career with a renewed sense of ‘mindfulness’

Mindfulness, or the ability to exist in the present moment in a sustained and non-judgmental way, has been shown to have numerous psychological benefits.

For instance, individuals high in the trait of mindfulness exhibit reduced stress levels, are less emotionally reactive, and have better focus.

And, new research published in the Journal of Research in Personality suggests that mindful individuals are better at setting goals than others — something that can be highly advantageous in career settings.

“When people pursue goals that are aligned with their underlying values, talents, interests, and needs (i.e., self-concordant goals), they are more likely to attain their goals,” say the authors of the research, led by Aidan Smyth of Carleton University in Canada.

“Pursuing and attaining self-concordant goals affords experiences of autonomy, competence, and relatedness, which are essential to well-being. Conversely, pursuing non-concordant goals can lead people to waste time and energy on goals that, even if attained, will not benefit their well-being or development.”

If you’re concerned about whether you’re setting the right goals for your career, here’s an exercise that can help.

Rate how well each of the following five reasons explains why you want to achieve the goal(s) you have in mind:

If you gave more weight to reasons 3-5, it’s likely that you’re on the right track,

as these questions imply that you are intrinsically motivated to attain your goal(s).

Alternatively, if you rated reasons 1 and 2 higher, you may want to revisit your thinking and perhaps try approaching goal-setting from a more mindful perspective.

Therapy can be helpful in increasing the amount of mindfulness you let into your daily thinking.

It’s also important not to confuse the art of mindfulness with a disinterest in achieving great things.

Other research shows that ambition and mindfulness often go hand in hand. Why?

According to the research, ambitious individuals have learned how to effectively balance their attention and awareness to achieve their goals. In other words, the mental focus necessary to be an ambitious person translates into many of the same qualities associated with mindfulness.

Moreover, the researchers take an unabashedly positive view of ambition.

They state, “Behaviors relevant to both ambition and mindfulness are often described positively — being ‘in the zone,’ ‘Zen-like,’ and generally being both attentive and aware.”

This means that it is possible to be mindful and ambitious at the same time and that possessing a “mindfully ambitious” mindset can lead you to optimal goal-setting for yourself and for your career.

#2: Change your beliefs about creativity and the creative process

Creativity is an essential part of career success. Unfortunately, far too few of us feel truly confident in our creative abilities.

from any actual deficiencies in creative potential.

Remember, just like our mindset can be improved through experience, self-reflection, and a willingness to improve, so too can our creativity.

In fact, a recent article published in the academic journal Personality and Individual Differences exposed some of the myths about creativity that many people mistakenly believe are true. For instance, a significant percentage of people falsely believe:

“A naive conceptualization of creativity is problematic for two reasons,” say the authors of this research, led by Mathias Benedek of the University of Graz in Austria.

Second, it externalizes relevant factors in the development of creativity. Emphasizing the role of inspiration rather than active engagement may undermine creativity by suggesting we need to wait until creativity hits us with a ‘Eureka’-experience.”

In other words, creativity is best fostered through traits and behaviors that aren’t necessarily associated with popular conceptions of creativity, such as diligence, perseverance, and careful study.

Shifting your mindset to view creativity more like a skill to be developed may lead you to new creative breakthroughs in your career this year. This is especially pertinent for female professionals, as other research shows that women are more likely to doubt their creative potential than men.

Conclusion: To optimize your professional mindset, try (1) setting career goals from a mindfully ambitious frame of mind and (2) letting go of any self-defeating notions you may hold about creativity.

Additional: How (and Why) to Reduce Feelings Of Being Constantly Connected To Work 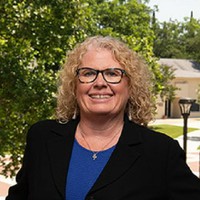 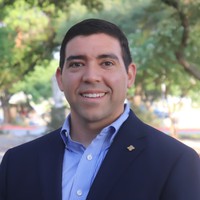 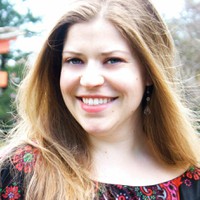 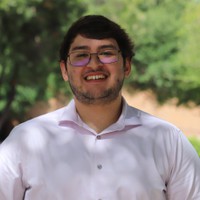 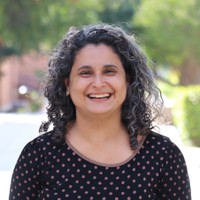